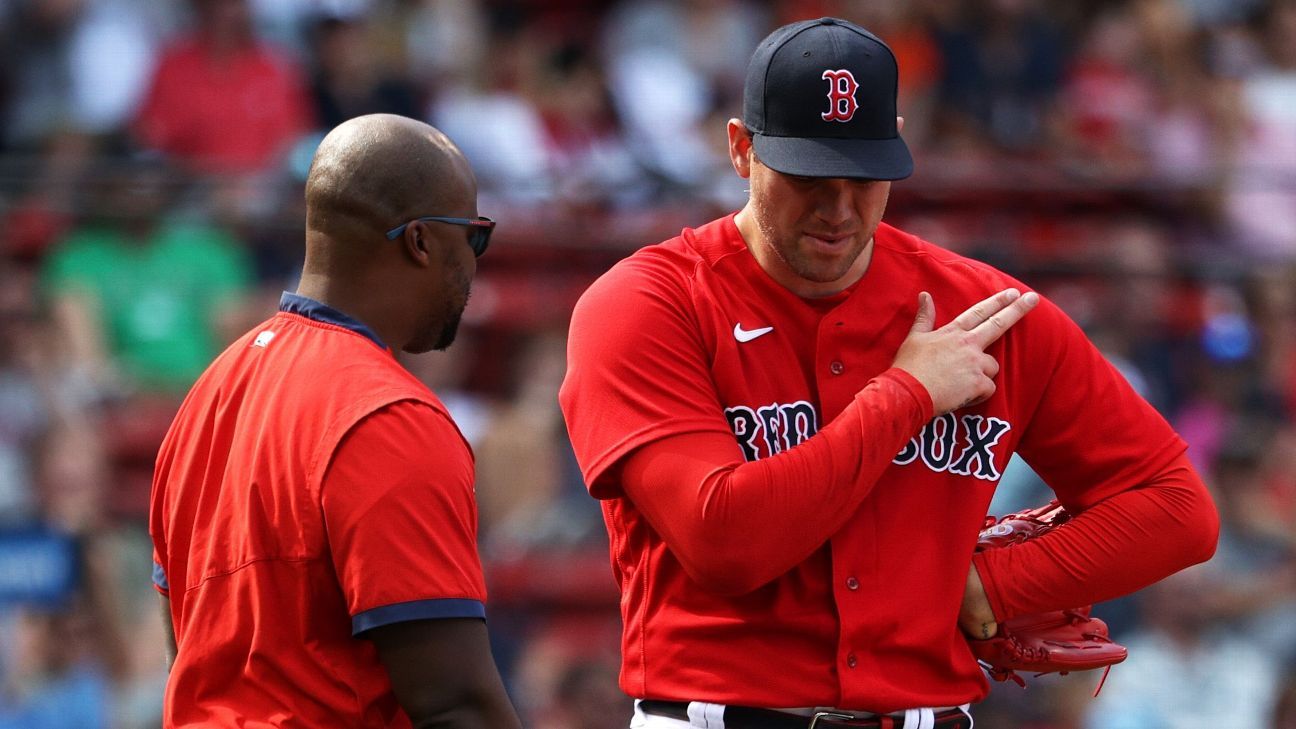 BOSTON — Boston Red Sox right-hander Adam Ottavino left Sunday’s 6-2 victory in opposition to Baltimore within the seventh inning after getting hit by Jorge Mateo‘s arduous liner on his left shoulder.

Ottavino walked across the mound considerably dazed and pointed to the entrance of his left shoulder whereas chatting with first baseman Bobby Dalbec earlier than supervisor Alex Cora and a coach got here jogging out. He walked off on his personal and was changed by Garrett Whitlock.

The group introduced on the finish of the inning that he had a “left shoulder contusion.”

“He is OK,” Cora stated. “Just a little bit sore, nothing structural.”

Mateo’s liner caromed off Ottavino and into proper subject for an RBI single, which ended up being the Orioles’ final run of the sport.