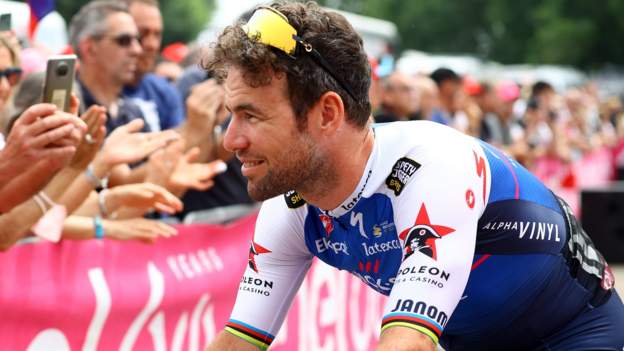 Mark Cavendish will return to the British Nationwide Street Championships in Dumfries and Galloway later this month.

The road-up contains all 5 defending champions from final 12 months’s occasion in Lincoln.

Cavendish, winner of 34 Tour de France levels, is on the beginning record of the boys’s race alongside two-time defending champion Ben Swift.

Cavendish, 37, received his solely British title the final time the championships befell in Scotland in 2013.

Each races happen on 26 June, with the boys’s race contested over 201km and the ladies’s over 128km.